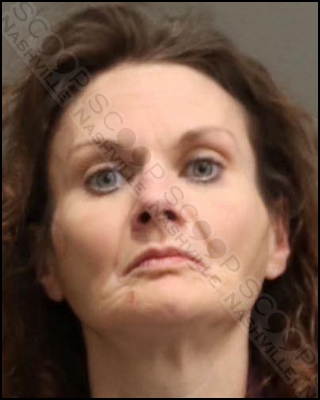 Police say 44-year-old Mary Anne Watts walked into a Nashville Walmart with Jerome Shanklin, bagged up multiple items of merchandise, and walked out the door without paying for them. the total value of the unpaid items was $177. Watts was booked this week on the warrant, while Shanklin has not been booked on the charge.

Mary Anne Watts was booked into the Metro Nashville Jail on March 29th, charged with theft. A commissioner set her bond at $1,000 and she was given pre-trial release to her 124 Elmhurst Ave address in Nashville.