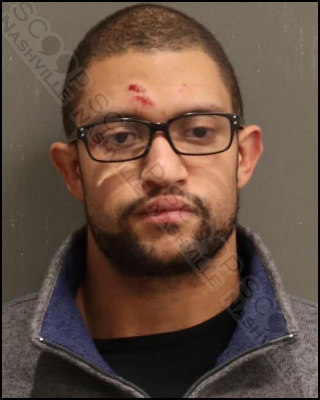 Security Staff at Honky Tonk Central on Broadway in downtown Nashville flagged down police to alert them 24-year-old Harrison Andrews had assaulted several female patrons and was being escorted outside when he got in an altercation with security. No one wanted to press assault charges so Andrews was charged with disorderly conduct and public intoxication and transported to booking.