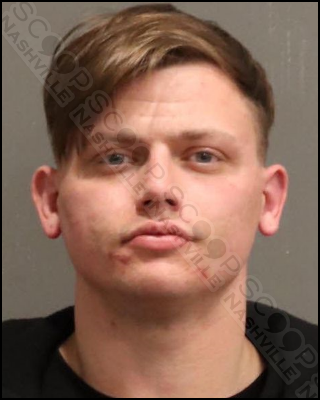 26-year-old Jeremy Fulcher was issued a state citation and released after causing a scene on Broadway in downtown Nashville with another individual, but then continued to hang around yelling and screaming. He was asked to move about and continue the night with his friends, but refused to comply and continued to walk back to The Nashville Underground, where the incident occurred. With his actions continuing, officers took him into custody and charged him with disorderly conduct.

Jeremy Fulcher was booked into the Metro Nashville Jail on April 2nd, charged with disorderly conduct. A commissioner set his bond at $100 and he was given pre-trial release to his 2830 Lake Forest Drive address in Nashville.