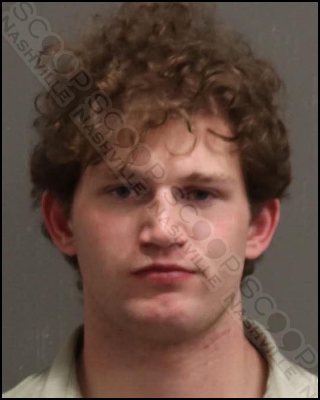 22-year-old Maximilian Baker was found passed out from intoxication on the second floor of Boot Barn on Broadway in downtown Nashville. He reeked of alcohol and refused all medical assistance when offered. He told police to just take him to jail. officers assisted him in standing and escorted him out of the store. While en route to booking, he attempted to kick out the window of the patrol car.

Maximilian G. Baker was booked into the Metro Nashville Jail on April 1st, charged with public intoxication. A commissioner set his bond at $100.