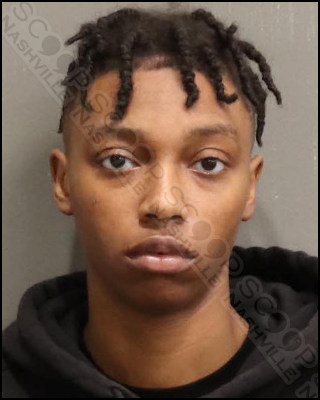 22-year-old Myia Smith was booked into the Metro Nashville Jail this weekend on an outstanding warrant from July, charging her with unlawful exposure. Her ex-girlfriend, Ta’Chandria Boggs, says Smith came to her residence to convince her to take her back, offering to return the iPhone she had taken from her previously. After briefly returning the phone, she took it back after a struggle when she was rejected. As she left, she posted private intimate nude photos of Ta’Chandria from the iPhone onto social media.

Myia Jenae Smith was booked into the Metro Nashville Jail on April 3rd, charged with unlawful exposure. She is free on a $1,000 bond to her 1406 Hickory Highlands Drive address in Antioch.