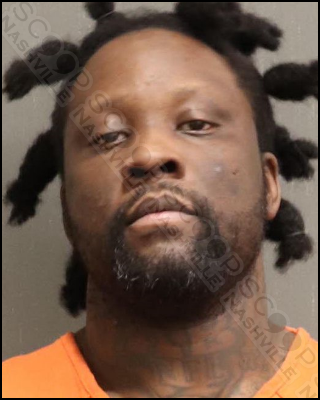 33-year-old inmate Arerion Thompson, who is currently serving time inside the Metro Nashville Jail, was booked on a new criminal charge this week of indecent exposure to a guard/staff member. DCSO Officer Lakeisha Henderson says she was working an assigned post inside the Downtown Detention Center, and while sitting at her computer she noticed Thompson was pleasuring himself while taking a shower with the curtain partially open, with a direct line of sight to Henderson. She asked him to close the curtain, and he did not do so. She then charged him with indecent exposure.