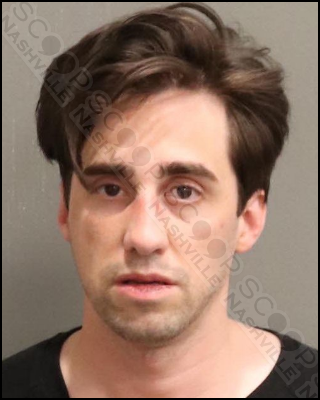 Police were called to the Hilton Airport on Elm Hill Pike after staff complained that 35-year-old Daniel Caraballo was extremely intoxicated and refusing to leave the property. Officers arrived to find him asleep in the hotel lobby with his pants undone. After they woke him up and escorted him outside he struggled to stand on his own and swayed from side to side. Unable to leave him to care for himself, he was transported to booking and charged with public intoxication.

Daniel J. Caraballo was booked into the Metro Nashville Jail on April 5th, charged with public intoxication. A commissioner set his bond at $500.