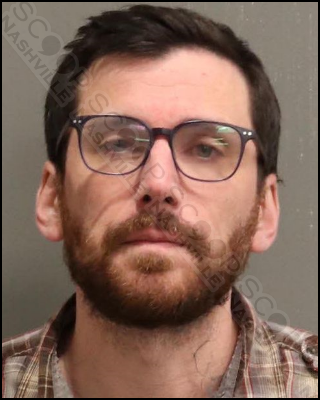 38-year-old Stephen Reck had a flat tire and pulled onto the side of the interstate — and a short time later a TDOT assistance vehicle arrived to help the stranded motorist. While helping the citizen, the TDOT employee noticed Reck was visibly intoxicated and notified police. Reck told responding officers he was on his way to a concert and admitted to drinking prior to driving. He would later blow a 0.234% BAC on a breathalyzer.

Stephen G. Reck was booked into the Metro Nashville Jail on April 1st, charged with driving under the influence. He posted a $1,500 cash bond and was released to his 2300 Bluff Oak Way address in Tallahassee, FL.