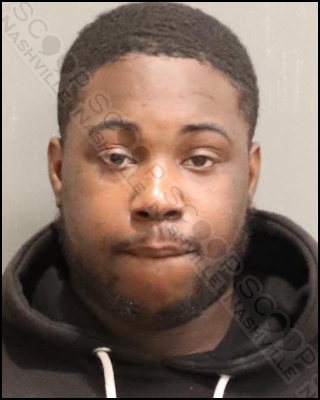 21-year-old Timothy Swanson is charged with felony aggravated assault with a deadly weapon after he displayed what appeared to be a handgun at Michael Larson in traffic on Elm Hill Pike at around 6:30 a.m. Friday. Larson was placed in fear when the man rolled down his window and brandished the weapon alongside him. He observed Larson then park at the Walgreen’s parking lot and place an item in his trunk. Police arrived and made contact with Swanson and located the weapon in the trunk – it turned out to be a toy/prop/fake gun.

Timothy Swanson was booked into the Metro Nashville Jail on April 8th, charged with felony aggravated assault with a deadly weapon. He is free on a $2,500 bond to his 121 Hickory Trace Drive address in Nashville.