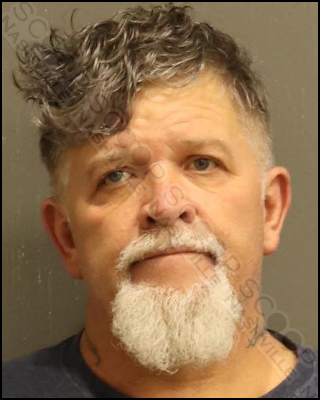 58-year-old Gregory Coker came into contact with police in Coffee County this week, who realized he had an outstanding warrant in Nashville — from 1996. He was transferred to the Davidson County Jail to answer for the 26-year-old warrant, which charges him with the felony burglary of a business called “Beefys”. The warrant alleges he was an employee at the location and came one on one of his days off and took money from the safe.

Gregory Coker was booked into the Metro Nashville Jail on April 8th, and charged with felony burglary. A commissioner released him on his own recognizance (ROR) to his 304 Southview Drive address in Shelbyville, TN.