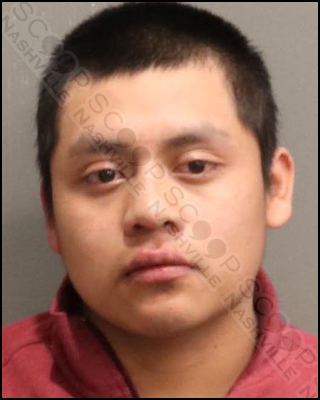 20-year-old Antonio Cruz was found standing underneath the outside sprinklers at the Home Depot on Bell road, extremely intoxicated and enjoying the drops of water raining down on him. A store manager attempted to ask him to leave the property, but when he continued to remain under the sprinklers, police were alerted. When he was unable to tell him who he was or where he stayed, they took him into custody for public intoxication.

Antonio Cruz was prevented from living out his best life, and booked into the Metro Nashville Jail on April 9th, charged with public intoxication. A commissioner set his bond at $100.