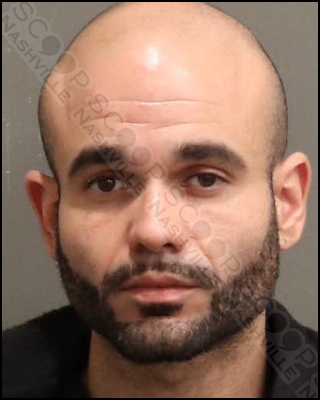 32-year-old Emanuel Pedreira Valdes is charged with the brutal beating of his girlfriend, Cassandra Neal, inside their Antioch apartment. He beat her until she vomited, and strangled her until she couldn’t breathe. The assault began when he accused her of cheating and spread from an upstairs bathroom to every room in the home. He pushed her hit her, slapped her bit her, strangled her twice, punched her in the face, and threatened to kill her as he strangled her again. Police documented redness to her face, cuts, bruising, red marks, and swelling. In a statement to police, Pedreira Valdes said “I should have stopped. I didn’t mean to hurt her”.

Emanuel Pedreira Valdes was booked into the Metro Nashville Jail on April 11th, charged with aggravated assault with a deadly weapon. A commissioner set his bond at $30,000.