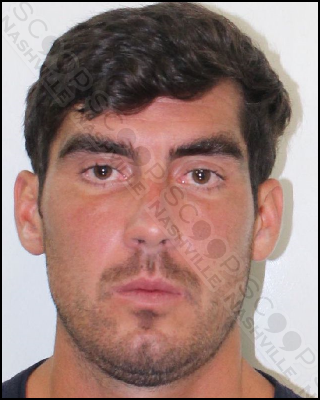 Nashville Fire Medics were responding to a call in downtown Nashville just before midnight when they encountered 31–year-old Joshua Trott outside of Honky Tonk Central at 4th Avenue and Broadway crossing the street and refusing to yield for the emergency vehicles to pass. Eventually, and with great difficulty, he moved out of the way, causing a delay in the response time to the emergency. Police encountered him after the incident and found him to be heavily intoxicated and placed him into custody.

Joshua Trott was booked into the Metro Nashville Jail on April 16th, charged with public intoxication. A commissioner set his bond at $100.