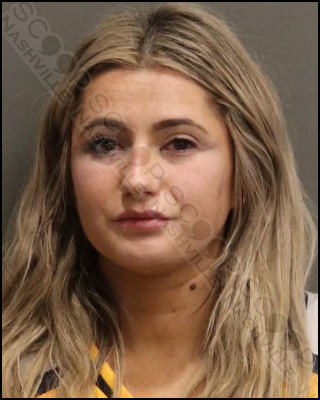 27-year-old Charlene Nemecheck is charged with DUI (driving under the influence) after leaving a hockey game earlier this week. Police say she failed to maintain her lane of travel on Lebanon Pike and performed poorly on field sobriety tests. She admitted to drinking prior to driving and blew almost double the legal limit on a breathalyzer.

Charlene Nemecheck was booked into the Metro Nashville Jail on April 19th, charged with driving under the influence (DUI). A Commissioner set her bond at $1,500 and she was given pre-trial release to her 4007 Pebble Beach Drive address in Spring Hill, TN.