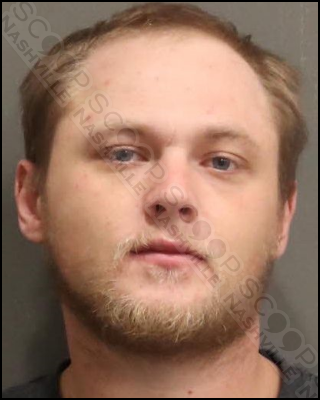 24-year-old Matthew Hall was jailed this week on two outstanding warrants stemming from his work as a Roadie delivery driver for Best Buy. An investigation showed that on multiple occasions he pick up an expensive item at Best Buy for delivery to a customer, but replace it with a much cheaper item, which was delivered to the customer’s home. One of the customers received a Walmart alarm clock instead of the Samos Speakers Hall had been entrusted with, while another ordered a $700 Google Pixel phone and received a $20 Nintendo Switch adapter. During the investigation, he implicated himself in the thefts by stating “Well, what if I know what happened to the phone, what’s the best way to handle the situation?”

Matthew Hall was booked into the Metro Nashville Jail on April 18th, charged with two counts of theft. A commissioner set his bond at $2,000 and he was given pre-trial release to his 1421 Neelys Bend Address in Madison