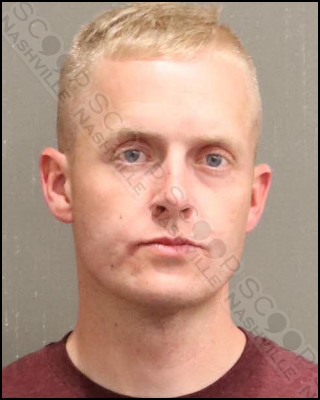 35-year-old Robert E. Page told officers he had a “few beers” before crashing at the intersection of Paragon Mills Road and Eisenhower Drive. He blew a 0.173 % BAC on a breathalyzer after being discharged from Century Farms Medical.

Robert E. Page was booked into the Metro Nashville Jail on April 18th, charged with driving under the influence (DUI). A commissioner set his bond at $2,500 and he was given pre-trial release to his 258 Timmons Street address in Nashville.