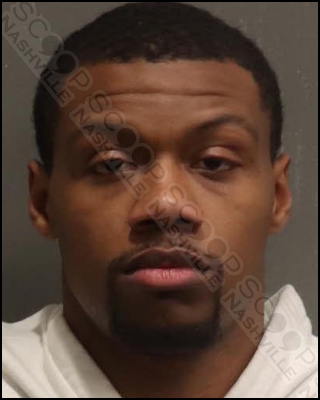 24-year-old Alonzo Moore is charged with the felony aggravated assault and strangulation of his girlfriend, Daysha Hill, after she refused to allow him to drive due to his level of intoxication. In an argument over the keys to her car, he reportedly grabbed her by the throat, laughed at her, pushed her against a mirror, then threw her to the ground. Police arrived to find the home in disarray from the struggle and documented injuries on the victim.

The incident occurred on April 24th when police responded to the victim’s home where the argument happened. Moore had demanded to drive home while intoxicated, and she would not allow it. Once back home, she put some of his belonging outside her door so he could gather them, and he became upset over the situation.

Alonzo Benedict Moore was booked into the Metro Nashville Jail on April 24th, charged with felony aggravated assault/strangulation. He is free on a $3,500 bond to his 3970 Clarksville Pike address in Nashville.