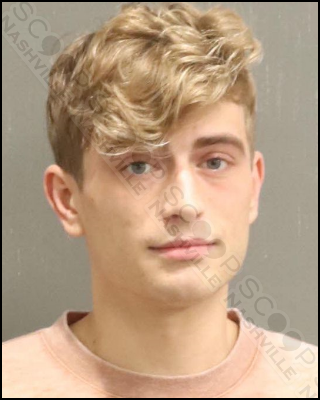 23-year-old Joshua Lilley was booked into the Metro Nashville jail on a nearly two-year-old warrant, charging him with vandalism. The event, which occurred in May of 2020, alleges got angry with his brother and attempted to fight him, but settled for damaging the back door of his vehicle as he fled the scene of the disturbance. Officers documented several dents and scratches in the car of this brother, Zachary Lilley.

Joshua D Lilley was booked into the Metro Nashville Jail on April 23rd, and charged with vandalism. He is free on a $1,000 bond to his 6001 Hughes Crossing address in Franklin.