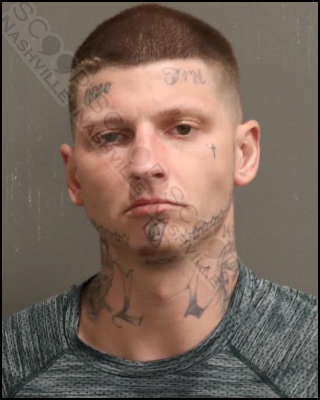 29-year-old Chase Koglin is accused of “beating on” his girlfriend, Hannah Crague, in their apartment, according to the report she gave police when they arrived. He had left the scene but was picked up nearby based on her description of him. Koglin says the two had been arguing because she was taking too long to put on makeup to visit a friend’s house. She reportedly then refused to go and threw her makeup at the wall and says he eventually struck her in the face. Officers found her with a bloody towel, from her injuries.

Chase T Koglin was booked into the Metro Nashville Jail on April 26th, charged with domestic assault with bodily injury. A commissioner set his bond at $2,000.