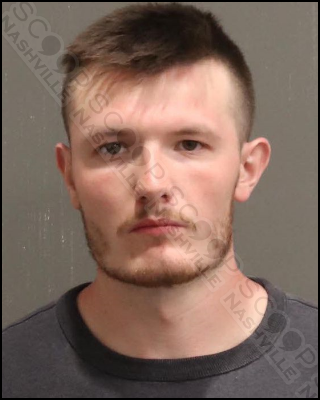 24-year-old Isacc Kollock was found passed out at the corner of 4th & Broadway in downtown Nashville early Friday morning. After he came to, medics attempted to transport him to the hospital for evaluation, however, he refused and attempted to stumble away, almost falling over. Police determined he was too intoxicated to be left on his own, and transported him to booking.

Isacc Kollock was booked into the Metro Nashville Jail on April 29th, charged with public intoxication. A commissioner set his bond at $100.