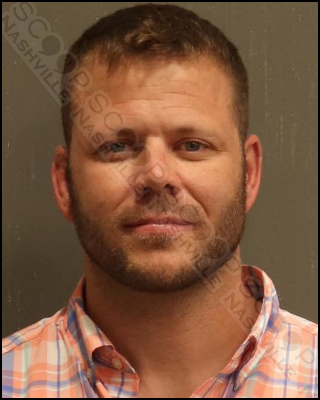 Metro Nashville Police officers observed 40-year-old Top Flite Financial Division ManagerTodd Feager roughhousing and fighting on Broadway in downtown Nashville with a group of other individuals after a night of drinking described as “at a high rate of consumption for several hours”. Due to his level of intoxication and careless behavior on the streets in public he was transported to booking and charged with public intoxication.

Todd Feager was booked into the Metro Nashville Jail on April 28th, charged with public intoxication. A commissioner set his bond at $100.

Devon Feager was booked on a related case.