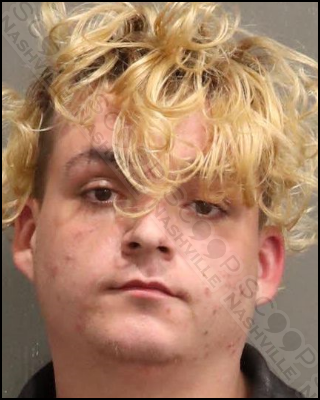 22-year-old Jakob Deal was booked this week on an outstanding shoplifting citation from December, for which he never reported to self-book. Police say he walked out of Dillard’s with $697 of merchandise.

Jakob Michael Deal was booked into the Metro Nashville Jail on April 28th, charged with the outstanding citation for misdemeanor theft. He was released on his own recognizance to his 345 Burning Tree Drive address in Nashville.