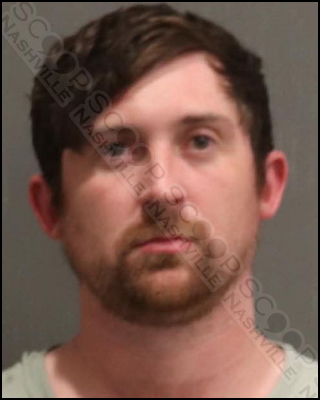 31-year-old Miles Quirk faces a felony charge after police say he pushed his girlfriend, Lauren Mitchell, down a flight of stairs, and once she was at the bottom he got on top of her and banged her head against the floor while punching her in the face. He then reportedly strangled her until she passed out. Neighbors called police and officers documented multiple injuries on the victim, including a large forehead contusion, lacerations to her nose, ligature marks on her neck, swelling and bruising on her face and eyes, and a puncture mark on her left chest.

Miles P. Quirk was booked into the Metro Nashville Jail on April 28th, charged with aggravated assault/strangulation. He is free on a $15,000 bond to his 5010 Marchant Drive address in Nashville.