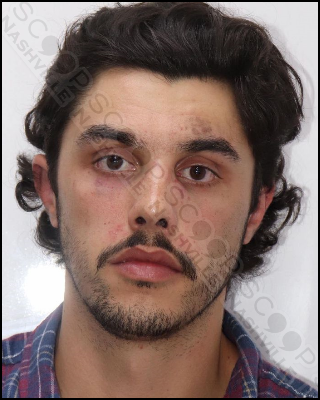 24-year-old Weston Kandarian says off-duty South Carthage Police Officer, Kenneth Thomas, who was working as security for Tootsie’s on Broadway, asked his father, 55-year-old William Kandarian, to leave the venue due to being disruptive and reportedly standing on barstools. Weston interjected and punched and attacked the off-duty officer, while his father, William, placed the officer-turned-bouncer into a chokehold until he lost consciousness. Weston claims the officer is the one who placed him in a headlock first and started the physical confrontation. The victim was transported to Vanderbilt for treatment.

William Say Kandarian was booked into the Metro Nashville Jail on April 30th, charged with aggravated assault/strangulation. He is free on a $15,000 bond to his 6163 N. Marty Ave address in Fresno, California.

Weston Say Kandarian was booked into the Metro Nashville Jail on April 30, charged with assault of an officer. He is free on a $5,000 cash bond to his 6163 N. Marty Ave address in Fresno, California.