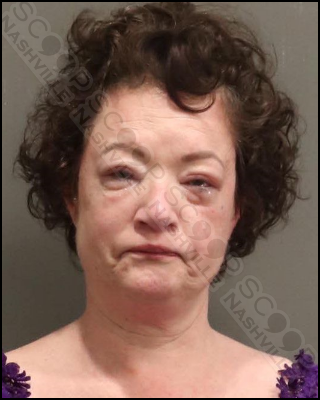 52-year-old Michele McConville was asked to leave the Holiday Inn Express on Broadway and refused. Police and medics responded to the scene to find her heavily intoxicated and making threats while yelling. She was aggressive to both hotel staff and medics, even tossing bark at the medics.

Michele Ann McConville was booked into the Metro Nashville Jail on May 1st, charged with public intoxication and disorderly conduct. A commissioner set her bond at $600 and she was given pre-trial release to her 2704 Russell Blvd address in St. Louis, MO.