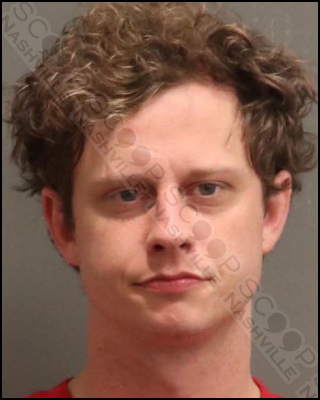 Metro Nashville Police responded to a domestic call in Antioch and located Taylor Metcalfe standing outside of her apartment. She explained her boyfriend, 32-year-old Nicholas Drisaldi had strangled her, and had a video of the incident. The video shows a verbal altercation between the couple, and then Drisaldi puts his hands around her neck.

Nicholas Drisaldi, of Nashville, was booked into the Metro Nashville Jail on May 2nd, charged with aggravated domestic assault/strangulation. He is free on a $15,000 bond.