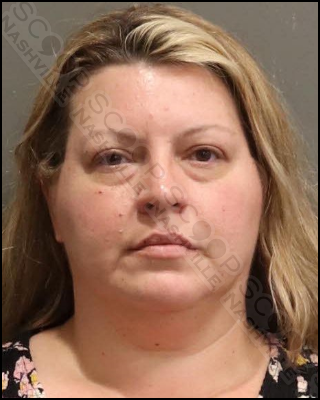 Police say 47-year-old Heather Berry ashed her boyfriend, Jeremiah Steimle, to set up the grill for burgers on Monday night, and when she was “unhappy with his response time,” she began to do it herself. As she began grilling, an argument ensued, and she took all of the food and tossed it off their rear balcony. The argument continued, and she punched him with her fists, as witnessed by his father, who owns the home. Not quite finished, she took a plastic container filled with a beverage and smashed it over his head. Before fleeing the scene, she went through the home and kicked various items, including the TV and soundbar.

Heather Berry, of Whites Creek, was booked into the Metro Nashville Jail on May 3rd, charged with domestic assault with bodily injury. She is free on a $1,000 bond.