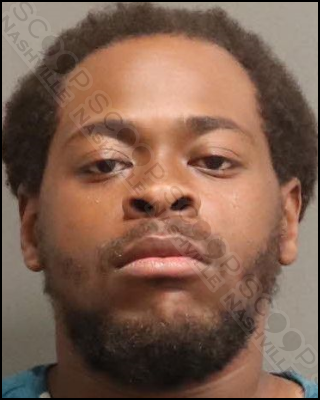 30-year-old Michael Robertson Jr. is charged with felony theft of mail and theft of property after police say in January, he watched an East Nashville man place a package in a package dropbox near S. 11th & Russell Street. Moments later, Robertson took the man’s package, which contained $5,100 of sports trading cards, and several others, out of the dropbox. Investigators found that Robertson had sold the now stolen cards the following day to Athlon Sports for $850. 10 of the 12 stolen cards were recovered by detectives in February. Warrants were issued for the arrest of Robertson, and he was booked into custody on May 3rd.

Michael Eugene Robertson Jr., of 1st Ave South in Nashville, was booked into the Metro Nashville Jail on May 3rd, charged with felony mail theft and theft of property. He is free on a $5,100 bond.