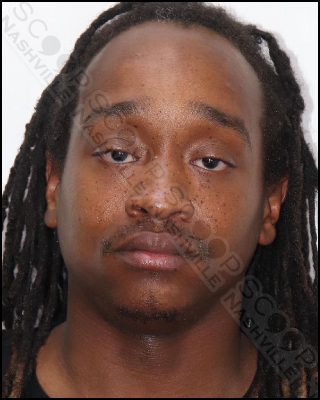 Metro Nashville Police Officers working the “Street Racing Initiative” say they observed 24-year-old Joseph Crutchfield III racing another vehicle and passing cars on Murfreesboro Pike near Morton Lane. He was traveling at high rates of speed. Police caught up with him on the 3700 block of Nolensville Pike and conducted a traffic stop to take him into custody. During an inventory search of his vehicle, a small amount of marijuana and paraphernalia was located, for which he was also charged.

Joseph Crutchfield III, of Lane Drive in Nashville, was booked into the Metro Nashville Jail on May 1st, charged with drag racing and possession of marijuana. He is free on a $1,500 bond.