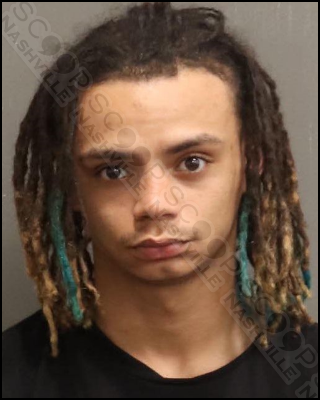 21-year-old Trey Faulk was jailed this week on an outstanding citation, charging him with vandalism. Police say on March 11th, Faulk got into an argument with another person at a Mapco on Stewarts Ferry Pike. Despite the other party leaving the scene to de-escalate the situation, Fault followed them to the adjacent Thornton’s to continue the argument, where he kicked the victim’s car door.

Trey Thomas Faulk was booked into the Metro Nashville Jail on May 4th, charged with vandalism. A commissioner set his bond at $100, and he was given pre-trial release.