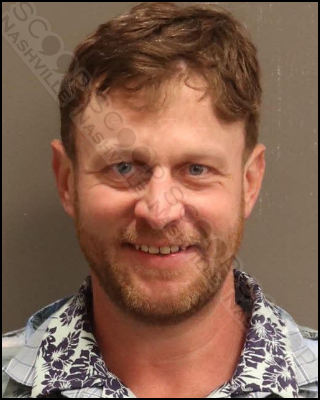 36-year-old Shane Woods reportedly bothered both staff and other guests at the Home2 Suites by Hilton Nashville Vanderbilt on Division Street late Saturday evening. Police arrived to find him unsteady on his feet and slurring all the words he attempted to use. He claimed to have only drank two alcoholic beverages, however upon further investigation, officers asked him to stand up straight — at which point he almost fell face forward to the ground. Unable to locate any friends or family to assist him, officers transported him to booking, where he was charged with public intoxication.

Shane Woods was booked into the Metro Nashville Jail on May 7th, charged with public intoxication. A judicial commissioner set his bond at $100.