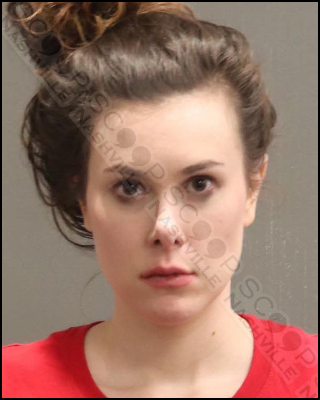 Late Tuesday night, downtown officers were called to Middleton Street on a complaint of 29-year-old Nicole Moore pulling on door handles and knocking on the doors of random apartments and condos in the area. Police noted her to be extremely intoxicated, unsteady when standing, smelling of alcohol, and with slurred speech. She does not live in the area but stated she was visiting a friend who she was unable to locate.

Nicole Moore was booked into the Metro Nashville Jail on May 10th, by Officer Blake Lutz. She is charged with public intoxication. A judicial commissioner set her bond at $100.