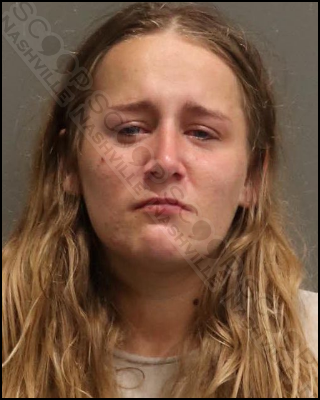 23-year-old Kristen Burke told police she had just left Lucky’s Bar, where she had been drinking, before crashing her Hyundai near the Hotel Preston on Briley Parkway. Officers say she reeked of alcohol and had watery eyes, and showed some indications of impairment on field sobriety tests. Once at booking, she blew a 0.146% BAC on a breathalyzer test.

Kristen Ann Burke, of Mobile, Alabama, was booked into the Metro Nashville Jail onMay 6th, charged with driving under the influence (DUI). A commissioner set her bond at $3,000, which she posted.