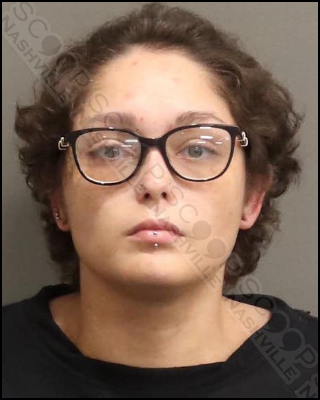 25-year-old Sandra Gonzalez is charged with the domestic assault of her daughter and her sister after police say she hit her sister’s vehicle in the driveway of a South Nashville residence. As Gonzalez left her vehicle, she reportedly came toward her sister, Herenira Morales, aggressively and repeatedly struck her during the assault. While approaching her sister, she pushed down her juvenile daughter, leaving her with abrasions to her knees. Video of the incident was preserved for court.

Sandra Gonzalez was booked into the Metro Nashville Jail on May 9th, charged with two counts of domestic assault with bodily injury. She is free on a $2,000 bond.