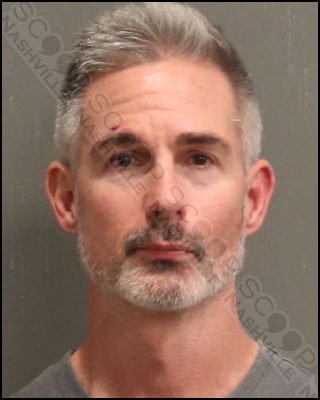 48-year-old Michael Anderer was jailed in Nashville early Saturday morning after being kicked out of the Nashville Underground on Broadway in downtown Nashville. Venue security says he caused a disturbance inside and refused to leave the property. Metro Nashville police arrived on scene and took him into custody due to his extreme level of intoxication and inability to care for himself.

Michael Patrick Anderer was booked into the Metro Nashville Jail on May 15th, charged with public intoxication. A judicial commissioner set his bond at $50.