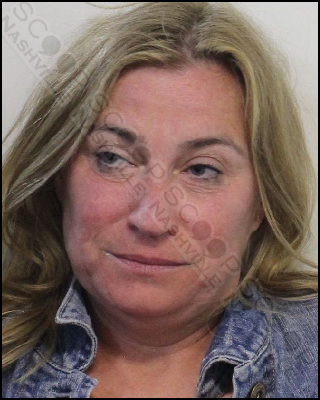 Metro Nashville Police were flagged down by security at Jason Aldean’s bar, who stated they had located an intoxicated woman passed out at their back door. Officers found 54-year-old Kelly Smith and woke her up. She could not stand without falling and was “severely intoxicated” according to an arrest report. An ambulance was called to the scene, however, Smith refused all medical assistance. She then tried to wander into traffic, so officers decided she could not care for herself and transported her to booking.

Kelly A. Smith was booked into the Metro Nashville Jail on May 7th, charged with public intoxication. A judicial commissioner set her bond at $100.