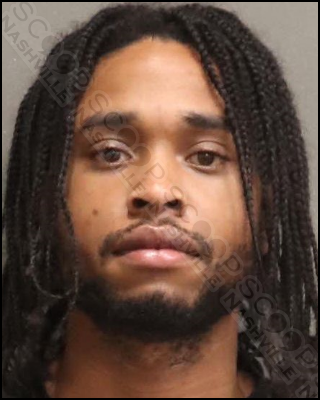 22-year-old Kevaughn Russell is charged with stabbing his Holston House co-worker Deangelo Key in the face and torso. Police say Key was transported to Vanderbilt Hospital for treatment, and during an interview with police he stated that Russell had a knife in his sleeve and began to stab him with it. The felony aggravated assault was also witnessed by co-workers Tavoy Noicely and Macdolph Longmore and captured on video surveillance. During the investigation, Russell was located at St. Thomas Midtown after checking himself into the emergency department with a complaint of a knife injury to his right hand. He confessed to the stabbing and was transported to Central Precinct.

Kevaughn Russell was booked into the Metro Nashville Jail on May 16th, charged with felony aggravated assault with a deadly weapon. He is free on a $25,000 bond.