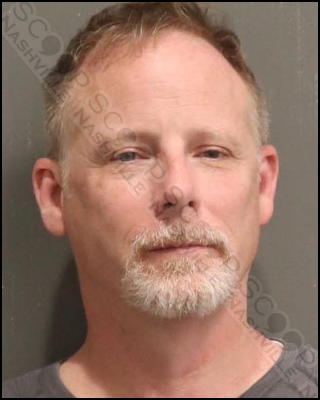 Metro Nashville Police say they found 53-year-old Joseph Parisi on the sidewalk of 600 Broadway in downtown Nashville just before 7 p.m. Sunday, so intoxicated he didn’t know what day it was, why he was in Nashville, or how he planned to get back to where he was staying. He reportedly reeked of alcohol and admittedly had no one to care for him in his current condition. The officers then took him into custody and transported him to booking, charging him with public intoxication.

Joseph Michael Parisi was booked into the Metro Nashville Jail on May 15th, and charged with public intoxication. A judicial commissioner set his bond at $50.