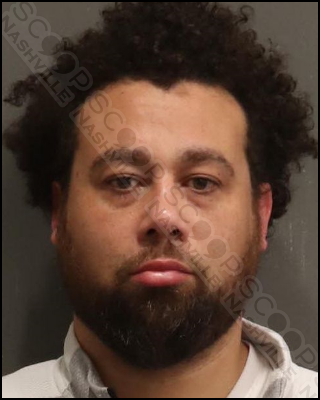 36-year-old Andre Scot Pfeiffer says he took an Ambien Monday night while in the living room of his apartment in the 1800 block of Church Street. Just after 2 a.m.Tuesday morning, video footage shows him walking across the street to St. Thomas Midtown Hospital, where he got into an ambulance and drove away. He then crashed into the scaffolding of a building just seven blocks away near 1100 Church Street. He exited the crashed ambulance and continued to walk toward downtown Nashville, where police apprehended him during his sidewalk stroll. He says the last thing he remembers before waking up in handcuffs is taking an Ambien in his living room.

Andre Scot Pfeiffer was booked into the Metro Nashville Jail on May 17th at 5:57 a.m. and charged with felony automobile theft, driving under the influence (DUI), leaving the scene of an accident, and failure to file a report. He is free on a $14,000 bond.