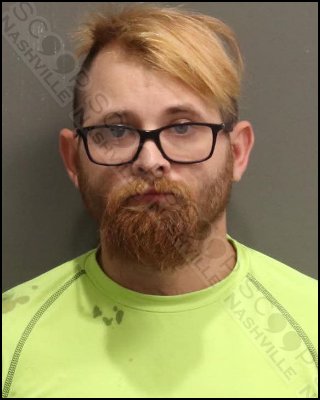 30-year-old Eric Thatcher is charged with the sexual exploitation of a minor after officers located over 100 sexual images of minors in his Dropbox online storage account. In some of the videos, the minor females were as young as toddlers, and some were dressed in bondage attire in the videos. During an interview, Thatcher admitted to receiving the videos and images and viewing them. He disclosed that he “at one time” had a sexual attraction to minors.

Eric A Thatcher was booked into the Metro Nashville Jail on May 18th, and charged with sexual exploitation of a minor (over 100 items). A judicial commissioner set his bond at $10,000.