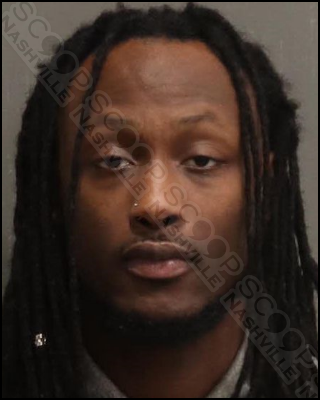 31-year-old Dosha Mintlow is charged with unlawful exposure after posting sexually explicit photos of his ex-girlfriend, Shailynn Burch, on multiple sites, including Twitter and Only Fans. She reported the two dates for one year but are no longer together, and that eight such videos were posted, in which her face is recognizable, in January and February of 2022.

Dosha Ahsod Mintlow, of Rice Road in Antioch, was booked into the Metro Nashville Jail on May 26th, and charged with unlawful exposure. He is free on a $2,500 bond. At the time of his arrest, Mintlow was free on bond for a prior domestic assault charge in which he ignored the victim using the ‘safe word’ they had agreed upon.