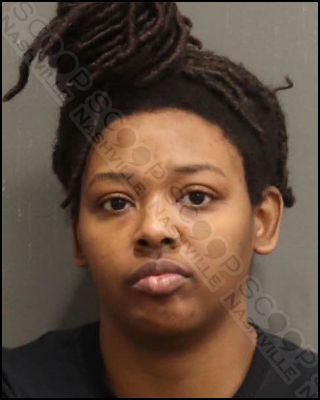 Metro Nashville Police were dispatched to the Millennium Maxwell House Hotel in North Nashville Tuesday after 22-year-old Rikaia Jackson refused to pay for her room. The manager informed her she would be trespassed if she did not leave the property or pay for her room, and police say she declined both options. She was given multiple opportunities to gather her belonging and leave and was eventually taken into custody and charged with criminal trespass when she remained on the property without paying.

Rikaia Jackson was booked into the Metro Nashville Jail on May 24th, charged with criminal trespass. A judicial commissioner set her bond at $250, and the Davidson County Sheriff’s Office gave her pre-trial release from their facility.