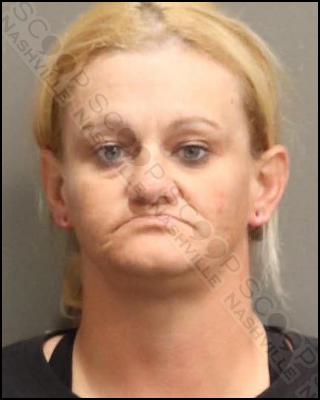 39-year-old Angela Riley is charged with theft after police say she was caught on video stuffing merchandise down her pants at the Bass Pro Shop at Opry Mills Mall in Nashville. Security detained Riley and contacted Metro Nashville Police. She has a history of shoplifting, according to officers. She is free on a $2,500 bond.

Angela Riley, of Due West Ave in Madison, was booked into the Metro Nashville Jail on May 22nd, charged with theft of property. She is free on a $2,500 bond.