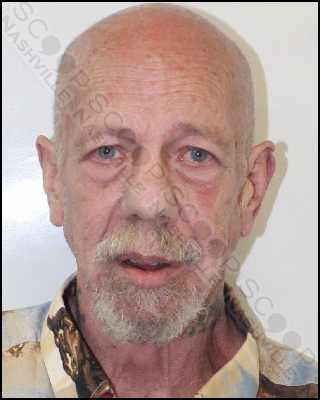 68-year-old Robert Mackenzie was found outside of Honky Tonk Central by officers working the Entertainment District Initiative on Saturday. Mackenzie was barely able to stand and obviously intoxicated. As he was being taken into custody for public intoxication a loaded .22 caliber handgun was found in his pocket. He was charged with public intoxication and possession of a handgun while under the influence.

Robert K. Mackenzie was booked into the Metro Nashville Jail on May 28th, charged with public intoxication and possession of a handgun while under the influence. A judicial commissioner set his bond at $1,600.