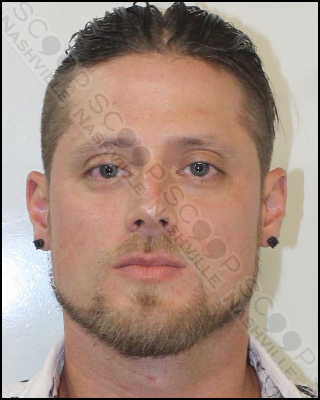 Metro Nashville Police say 34-year-old Phil Cebula was in front of Kid Rock’s Bar on Broadway in downtown Nashville attempting to fight another person. Officers were able to intervene, and placed him into custody for disorderly conduct after it appeared the aggressive behavior would continue if he were only given a citation.

Philip Cebula, of Ellsworth Blvd in Malta, NY, was booked into the Metro Nashville Jail on May 28th, charged with disorderly conduct. A commissioner set his bond at $100, and the Davidson County Sheriff’s Office gave him pre-trial release from their facility.