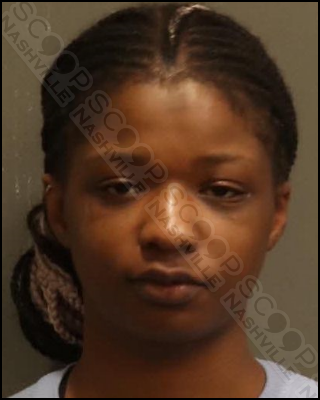 TSU Campus Police Officer Ajee Smith responded to Rudolph Hall late Saturday night in response to a disorderly student. Student Jaylah Croft was in a physical fight with Security Officer Tyaundrea Hughes. Officers say they attempted to separate the two individuals and Croft continued to be combative and show aggression to officers and Sgt. Christopher Brooks. Croft then charged at Hughes and then resisted arrest. Officers report that Croft sustained unspecified injuries while resisting arrest.

Jaylay Croft, of Hobart, Indiana, was booked into the Metro Nashville Jail on May 29th, charged with assault and resisting arrest. A judicial commissioner set her bond at $2,000 and the Davidson County Sheriff’s Office gave her pre-trial release from their facility.