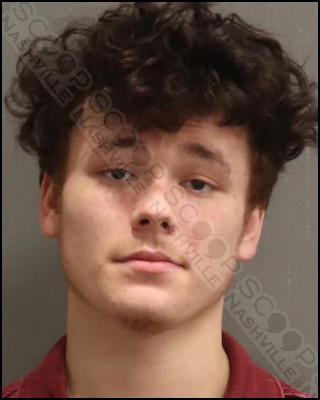 18-year-old Austin Mcfarlin was arrested and charged with domestic vandalism this week after his girlfriend, Aria Smith, told him she had sex with his best friend and says Austin then threw her phone on the ground at her feet, damaging it. She says he also punched a hole in the wall of her apartment. Metro Police say his girlfriend Aria Smith’s actual name is Seth Smith, per court documents.

Austin L McFarlin was booked into the Metro Nashville Jail on May 28th, charged with domestic vandalism, triggering the state-mandated 12-hour hold for domestic cases. He is free on a $1,000 bond.