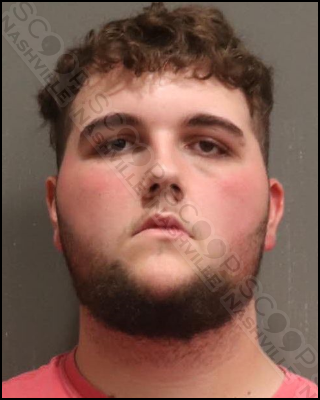 Police say three high school friends who moved from Louisiana to Nashville after they graduated Pineville High School in 2020, participated in the assault and rape of a 16-year-old runaway who was staying with them at their Priest Lake apartment. A newly unsealed Grand Jury indictment charges 20-year-old Albert “Riley” Roberts IV with aggravated assault with a deadly weapon, especially aggravated kidnapping, and reckless endangerment. Roberts was taken into custody Thursday and is free on a $100,000 bond. His co-defendants, 20-year-old Ashton Ivy Cannon, and 20-year-old Edsaviour Ricshaun Groves, both have outstanding warrants for their arrests. Cannon is charged with rape, aggravated rape, and kidnapping. Groves is charged with rape, aggravated rape, and solicitation of a minor.

The indictment alleges the victim was mentally incapacitated or physically helpless at the time of the incident, which occurred in 2020, between October 23rd and November 17th.

Albert L Roberts IV was booked into the Metro Nashville Jail on June 2nd after a bond source agreement was signed, and released to his Cowboy Lane address in Center Point, LA.