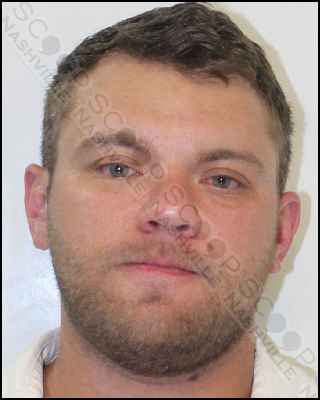 29-year-old John May was involved in a fight outside Tootsies on Broadway in downtown Nashville Friday. When Metro Nashville Police arrived, the other party did not want to prosecute for the assault, however, May was charged with disorderly conduct for causing the disturbance and transported to booking.

John P May was booked into the Metro Nashville Jail on June 3rd, charged with disorderly conduct. A judicial commissioner set his bond at $250, and the Davidson County Sheriff’s Department gave him pre-trial release from their facility.