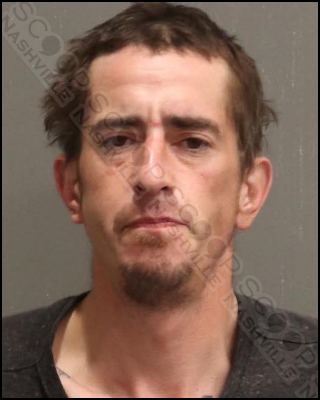 An ambassador with the Nashville Downtown Partnership was checking on the well-being of 38-year-old Dustin Tomasso, who was on a sidewalk in downtown Nashville. Tomasso, who is unhoused, became hostile during the interaction and made aggressive motions toward the downtown employee, Michael Dean Henderson, and was spitting on him. As officers noticed the incident unfolding nearby, they began to approach and witnessed Tomasso chest bump Henderson and begin to assault him, including punching him in the head. Nearby citizens took Tomasso to the ground as officers approached.

Dustin L. Tomasso was booked into the Metro Nashville Jail on June 8th, charged with public intoxication and assault with bodily injury. A judicial commissioner set his bond at $1,100.